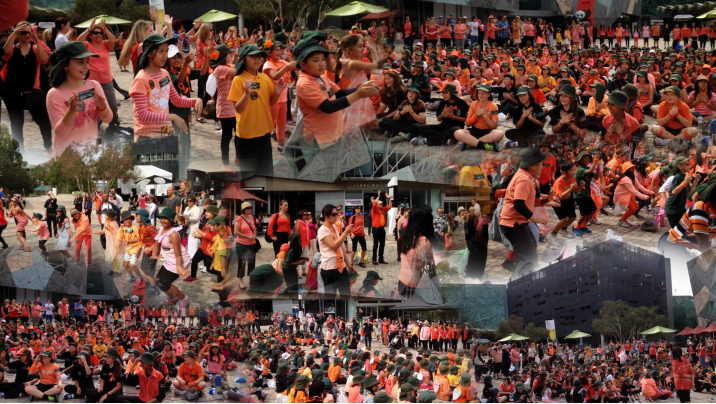 “We are one, though we are many. And from all the lands on earth we come.”

This refrain was heard throughout Melbourne, Australia on a beautiful April morning. It was sung by a flash mob of students from Sunshine Heights Primary School, who had descended on Federation Square to show their unity, despite hailing from 45 different cultures.

Read this report on Harmony Day 2014.

Watch this video documentary of Harmony Day 2014, and this video of “the sequel” held in April 2015.

The Principal sent us this Tweet, attributing this sudden outburst of unity to the school’s adoption of Choose2Matter as its theme for the year.