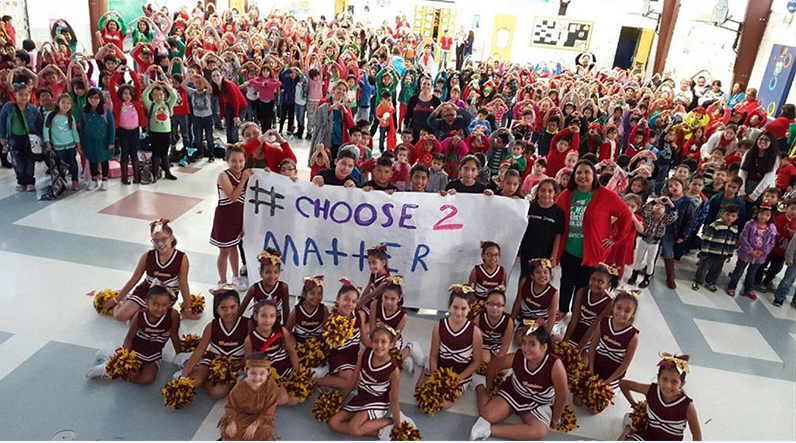 This is a Tweet that changed an entire community, for good.

Albert Canales, Principal of McAllen HS in Texas, listened to a conference speaker discuss how #Choose2Matter transformed his school, and was moved to send this Tweet. Teacher Jennifer Rodriguez then introduced Choose2Matter to some of her students, who quickly embraced it.

This Storify of Tweets tells the story of how the McAllen students stepped up and into their role as Choose2Matter Ambassadors, sharing the message throughout the community. We visited McAllen in December 2015 to encourage the students’ efforts. Students even persuaded Mayor Jim Darling to declare McAllen a city in which “Everyone Matters” at his State of the City Address, during which he played this video clip of the students’ work.