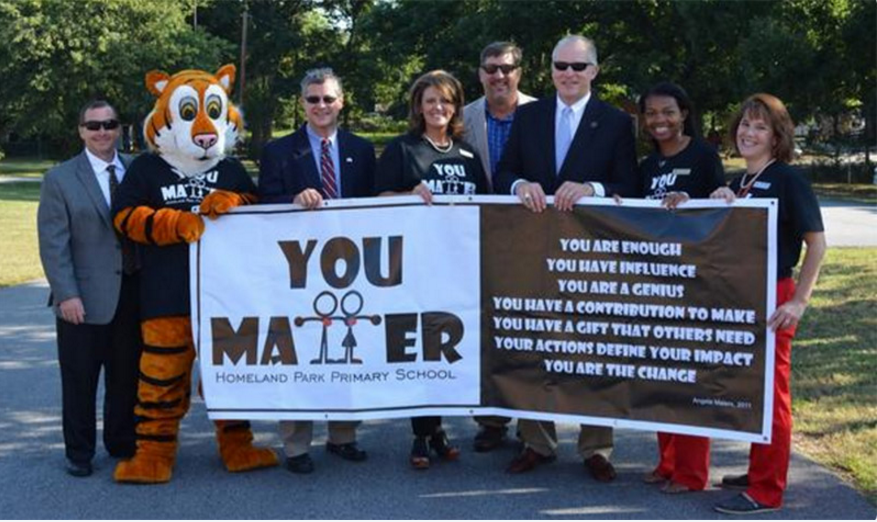 “If the community isn’t coming into our school, why don’t we take the school into the community? Let’s have a parade!”

This was the brainstorm of Christie Payne, Principal of Homeland Park Primary School in Anderson, SC.

Christie had learned about Choose2Matter and hoped that her students would “internalize that they are important and have a contribution to make.”