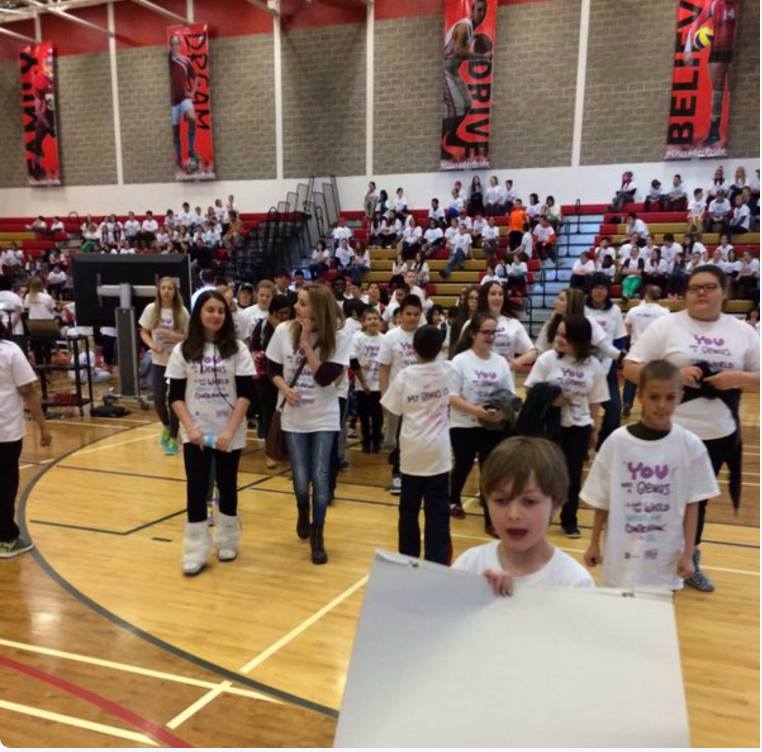 Carlton made “You Matter” the school theme, initially just for the 2013-2014 year – but it has remained at the heart of the school ever since. The school painted the You Matter Manifesto on its main staircase and painted giant depictions of each of the tenets of the manifesto high on its walls.

The school explained, “we want all of our students to know that they are our primary focus and number one concern…. ‘You Matter’ reminds us to focus on the very thing that drove many of us to become teachers – people – our students and our colleagues. Sometimes we may get caught up in the day to day business of school and life; it’s not that we forget our students and colleagues matter to us, we just become so busy with important tasks that we forget to show or tell others how important they are to us.”

A year after the school adopted ‘You Matter’ as its theme, Vice Principal Jeff Court reviewed the results of a study of students and noted that Carlton students, “said they felt more connected with their schools, and they felt safer at their schools, in comparison to other students in the province and the nation.”

In 2016, we visited Carlton twice and worked with 450 students who selected themselves to spread the Choose2Matter message throughout the Saskatchewan Rivers School Division. We will return in October 2016 and again in March 2017. Watch the video below, of our work there!